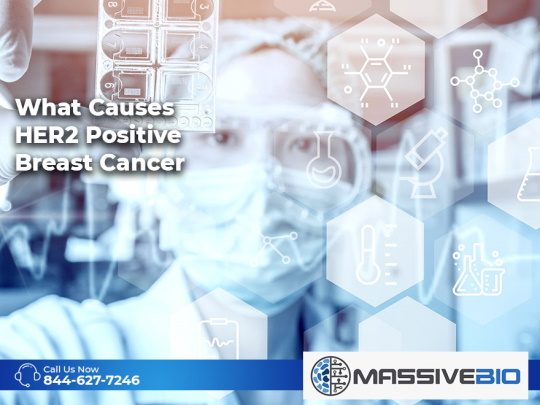 What Causes HER2 Positive Breast Cancer

The question “what causes her2 positive breast cancer” is one of the most curious questions, especially by women over a certain age and who have regular breast cancer screening. HER2, which stands for human epidermal growth factor receptor 2, is one of the receptors whose positivity or negativity has been tested in breast cancer studies.

The question “what causes her2 positive breast cancer” is frequently asked by scientists who are trying to understand what causes breast cancer in the body, in order to produce preventive treatments. HER2 positivity is diagnosed according to the expression level of HER2 receptors produced by the activity of the HER2 gene on the DNA.

What is the Factor That Leads to HER2 Positive Breast Cancer?

Scientists still cannot answer the question of what causes HER2 positive breast cancer. However, according to the ongoing research conducted by scientists, genetic factors, lifestyle and the environment are thought to have effects on HER2 positivity. It is thought that the risk of HER2 positivity increases in the following situations:

As far as the ongoing studies show, approximately 25% of all breast cancer patients are HER2 positive. High levels of HER2 protein are encountered due to overexpression caused by a mutation in the HER2 gene. HER2 produced at high levels causes uncontrolled proliferation of cells.

Foods to be Included in the Diets of HER2 Positive Individuals

No diet has the power to prevent or cure cancer. However, a balanced and healthy diet is one of the necessary elements for the smooth progress of the process. The following foods are recommended to be consumed during the treatment.