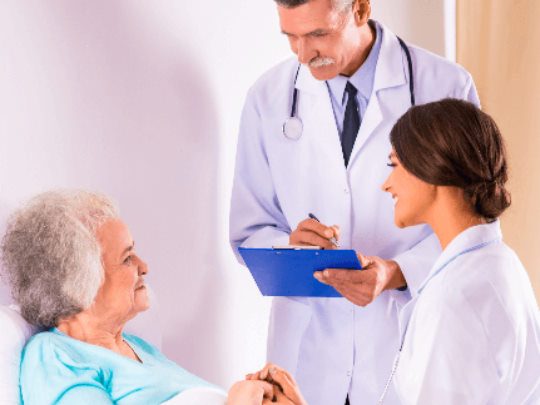 The colon and the rectum make up the most distal segment of the digestive system commonly referred to as the large bowel. Colorectal cancer affects many in the US. It is the fourth most common cancer and causes 8-10% of cancer deaths in the United States. Famous people with colorectal carcinoma include Audrey Hepburn, Corazon Aquino, Elizabeth Montgomery, Robin Gibb, Rod Roddy, Ronald Reagan, Tony Snow, and Vince Lombardi.

The national cancer institute surveillance, epidemiology, and end results program (SEER) estimated 132,700 new cases of colon and rectum cancer and an estimated 49,700 people died of this disease in 2015. The good news is that since 1999, there has been a consistent yearly decrease in both the number of new cases and the number of deaths from colorectal cancer within the United States. This decrease is mostly due to enhanced screening use of colonoscopy (imaging of the colon with a scope) with polypectomy (removal of polyps or growths found within the colon) allowing us to discover and treat lesions that may become cancerous and cancer early in the course of the disease.

In contrast, a diet high in fiber, fruits, and vegetables the use of aspirin and non-steroidal anti-inflammatory drugs are all associated with a decrease in the risk of colorectal cancer.

Inflammatory bowel diseases such as ulcerative colitis and Crohn’s disease is associated with an increased risk of colorectal cancer.

Secondly, there is an inherited predisposition associated by genetic composition and family history. Involvement of at least one first-degree relative (typically a member of your immediate family) doubles the risk of an individual, and the risk increases if the family member was diagnosed before the age of 60.

Colorectal cancer can present in three ways: 1) suspicious signs and symptoms, 2) asymptomatic individuals discovered in routine screening, or 3) emergency admission with intestinal obstruction, gastrointestinal bleeding, and bowel perforation. Typical signs and symptoms associated with colorectal cancer include gastrointestinal bleeding, change in bowel habits, abdominal distention, nausea, vomiting, fatigue, unintentional weight loss, abdominal pain, iron deficiency anemia, amongst others. Approximately 20 percent of patients present with metastatic disease at the time of diagnosis; cancer has already spread to other organs in the body. In these scenarios, the symptoms relate back to the site where cancer has spread which included abdominal pain, shortness of breath with or without a cough, bone pain, lumps or bumps.

Most colorectal cancers develop from adenomas, many of which are polyps, that progress from small to large, and then to dysplasia which ultimately culminates into cancer. This process occurs over a period of at least ten years. The National Polyp Study Group demonstrated an 88-90% decrease in the incidence of colorectal cancer in patients whom colonoscopic examination led to the removal of one or more polyps.

The largest impact on colorectal cancer incidence and survival is by far through screening and early detection. For this reason, the medical community emphasizes on routine screening.
Multiple tests are available for screening purposes.
1) Stool-based tests such as the fecal occult blood test, fecal immunochemical test, and fecal DNA testing
2) Radiologic examination such as contrast barium enema, CT colonography commonly referred to as virtual colonoscopy
3) Endoscopic examination with flexible sigmoidoscopy or colonoscopy.
Digital rectal examination is not recommended as a single screening modality. Like every test in medicine, there are pros and cons associated with them. This exam should be discussed with the physician who is recommending the test.

The gold standard is a colonoscopy as this would allow direct visualization of the rectum and colon in its entirety with the added benefit of a tissue biopsy if needed. The current screening guidelines recommend a colonoscopy or flexible sigmoidoscopy starting at age 50. If the patient has a first-degree family member affected by colorectal cancer the guidelines recommend starting screening at age 40 or 10 years before the diagnosis of the family member, whichever comes first.

After a diagnosis of colorectal cancer has been established the next step is to determine how advanced is the disease by staging cancer with basic laboratory tests and imaging studies. The stage of cancer will determine treatment strategy and goals of care. Surgical resection is the mainstay of therapy for colorectal cancer that has not spread to distal organs (e.g. liver, lungs, skeleton). The proper oncologic surgery would entail removal of the tumor in its entirety, in conjunction with the segment of the colon which is involved and the harvesting of at least 12 regional lymph nodes.

Postoperative chemotherapy is indicated for some patients who have undergone surgical resection. Treatment has evolved significantly since the 1980s. The purpose of chemotherapy after surgery is to target cancer cells that could have escaped and deposit themselves in the liver, bones, or lungs. These cancer cells are microscopic and cannot be detected with scans or even by direct visualization. Chemotherapy is given intravenously every 2 weeks for a total of 6 months. The purpose of this treatment is to tip the scales towards the patient’s benefit and increase the chances or cure by reducing the risk of metastatic disease.

The last 5 to 10 years have seen unprecedented advances in the treatment of metastatic colorectal cancer. The average life expectancy of a patient with metastatic disease has been increased by six to sevenfold with treatment. We now have a vast array of agents that can be utilized in combination to treat metastatic disease. These agents can target the cancer cells DNA formation, disrupt their capacity to multiply, divide, and spread.

The newer developments in the treatment of metastatic disease have been with the addition of agents that are not chemotherapy, but rather biologic agents such as antibodies and small-molecules. With these agents, we can target the tumors blood supply and formation of new blood vessels which the tumor would use as a source of nutrition for growth and as an avenue to spread cancer cells throughout the body.

We are also able to exploit receptors on the surface of the cancer cell or inside the cancer cell which are responsible for signaling the cancer cell to grow, divide, and spread. These advances in treatment have allowed patient with metastatic disease to have an increased life expectancy of approximately 2 to 3 years on average.

In summary, cancer of the colon and rectum is very prevalent. We can decrease our risk of developing this disease by some lifestyle modifications. Therapy for this malignancy is evolving, and there have been substantial benefits with the development of medications with novel mechanisms of action. However, metastatic disease is mostly considered to be incurable, and early detection has the biggest impact on survival. Therefore, it is of paramount importance to bring awareness to the community about colorectal cancer and to utilize the screening tools at our disposal. Early Detection and Good Lifestyle Can Reduce Risks of Colon and Rectum Cancer. 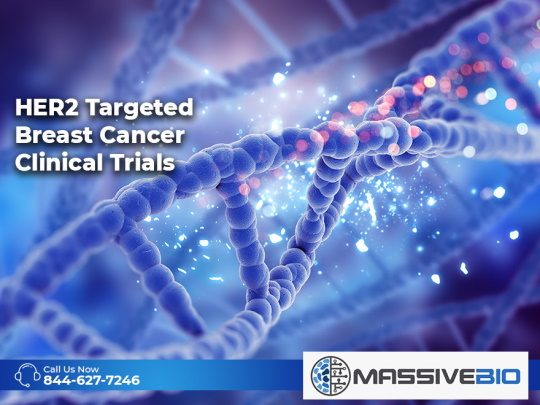 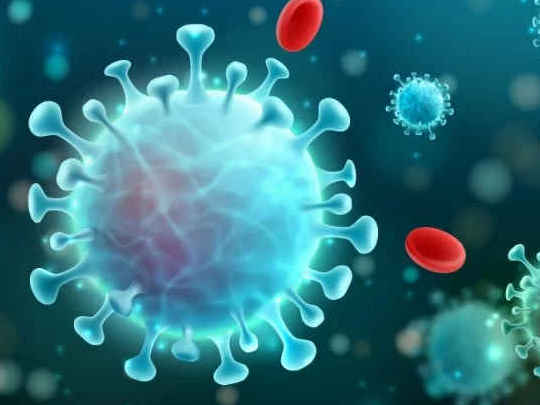 Coronavirus and Guidance to Cancer Patient... 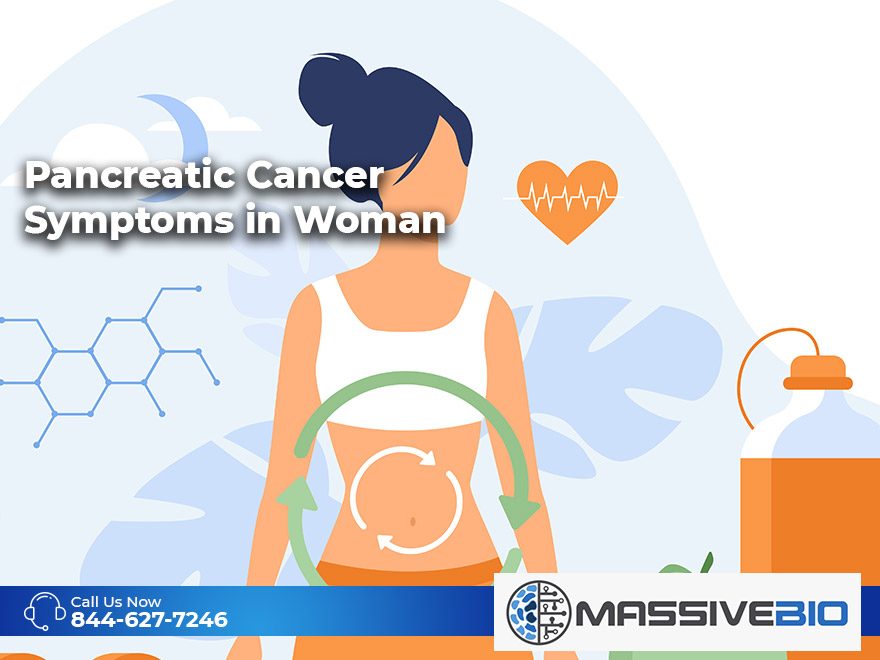 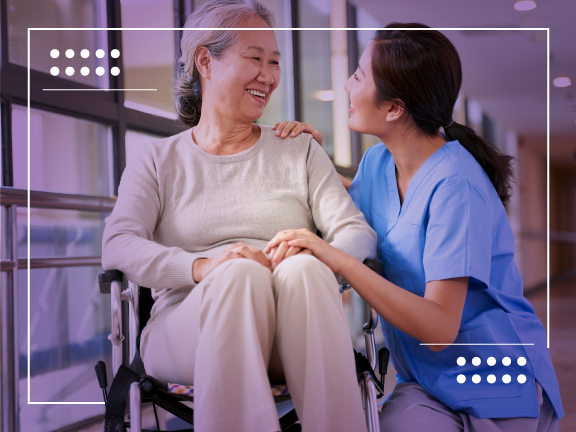 The Link Between Anemia and Cancer